Background
IDC is one of the premier global providers of market intelligence, advisory services, and events for the information technology and communications industries. With over 1,000 analysts tracking over 110 countries, IDC has provided strategic insights to help its clients achieve their business objectives for more than 40 years.

Business Problem
In 2011, IDC was performing a thought leadership project whose objective was to identify the effect that consumer devices such as mobile phones and tablets and services such as social networking were having on enterprise IT organizations, and how enterprises are responding to the challenge. Adding to the challenge was an aggressive project timeline. To meet this timeline, IDC hired Callan Consulting to play a primary behind-the-scenes role in supporting and managing the primary research for the project, driving the analysis, and developing the resulting document.

Solution
Callan Consulting partnered closely with the IDC analysts, research specialists, and engagement managers and played a role in executing nearly every stage of the project. With input from the key analysts, Callan Consulting developed the primary research instruments, and led an internal work session with IDC analysts to analyze the research data and formulate the IDC point of view. Callan Consulting pulled together and wrote the resulting report with a common voice from several analysts, and developed the logic for an online survey designed to give respondents an idea of how pro-actively they are managing their own IT consumerization efforts.

Results
Overall, the project was a great success. Not only did Callan Consulting enable IDC to hit every one of its aggressive timeline milestones, but the ultimate client was thrilled with the final deliverable, as well as the process to develop it. IDC was so pleased with how the project went that it initiated conversations about using Callan Consulting in a similar capacity for other such projects moving forward. 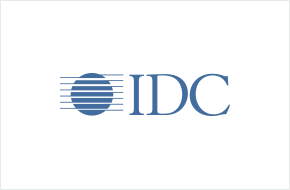 “Ed Callan is the consummate IT marketing and research consultant. Ed works effectively as a member of an expanded team, and is flexible to play the right role. If Ed says he will do something by Sunday night, you can expect to see it done, and done well.”